There was nothing left of the original “pony car” in the 1969 Mustang: it was now a high-performance GT-class car for street-racing enthusiasts. The model increased significantly in size and weight, although it still had a 108-inch (2743 mm) wheelbase. Changes in design added aggressiveness and improved aerodynamics. The Mustang got convex rather than concave side panels, an expanded grille with the horse logo shifted to the left, smaller twin headlights both inside the grille and in recesses in the front fenders, and more pronounced triple vertical tail lights with sequential turn signals. The fastback, renamed Sportsroof, featured a low, sloping roof with rear pillars without openings. Inside, the new Mustang had a recessed dashboard with four round gauges, a two-spoke steering wheel, and standard bucket seats.

The Ford Mustang and Chevrolet Camaro were competitors not only in the production “pony car” segment, but also on the racetrack. In 1967, GM produced a special version of the Camaro Z-28 to compete in the Trans-American (Trans Am) races. Ford’s response was the Mustang Boss 302, a high-performance car equipped with a 4.9-liter small-block V8 302 engine that complied with Trans Am rules. It so happened that the Camaro Z-28 and Mustang Boss 302 were designed by the same people – Ford’s 1968 president-designate Simon Knudsen and stylist Larry Shinoda, who had previously worked at General Motors. Knudsen set the task of not only turning the Mustang into a race car, but also making it attractive to potential buyers: at least 1,000 copies had to be sold for homologation. The result was achieved despite the fact that the Boss 302 cost $1,000 more than the regular Mustang. The company sold 1,628 units of the Boss 302 in 1969 and 7,013 units in 1970.

The Ford Mustang Boss 302 was powered by a V8 Windsor 302 engine equipped with wedge-shaped cylinder heads from the new V8 Cleveland 351 block, a forged steel crankshaft and pistons and an aluminum intake manifold with the largest Holley 4-chamber carburetor. Claimed power was 290 hp, But at the time, Ford was understating the figures to reduce insurance premiums, so the real horsepower of the powertrain exceeded 350. The car had a reinforced suspension with unequal length levers and springs at the front and leaf springs at the rear, front disc brakes, two large exhaust pipes, 4-speed manual transmission with Hurst T-bar, 3.50:1 rear axle (optional 4.30:1 Detroit Locker), 15-inch Magnum 500 rims and Goodyear Polyglas F60x15 tires.

Externally, the 1969 Mustang Boss 302 was identified by the C-shaped side stripes, lack of air intakes in the rear fenders, front spoiler and black hood, trunk, headlight recesses and tail panel. Optional rear trunk lid spoiler and black louvers on the rear window were available. For 1970, the Boss 302, like the base Mustang, received a new front end design with headlights inside the grille, as well as hockey stick-shaped side stripes and a hood with a small air intake and a wide center strip.

In 1969, several Mustangs competed in the SCCA Trans Am Championship with two teams, Ford and Shelby. Shelby cars won this competition in 1965-1967, and then the Chevrolet Camaro took the lead. Ford, along with Bud Moore and Kar Kraft, tried to correct the situation, but in 1969, the Penske Camaro won again. In 1970, the Kar Kraft specialists prepared for the races in a more thorough way. Modified Mustang Boss 302 received lower ground clearance, bigger brakes and 470 hp V8 302 engine. That season, the Penske Racing team moved to the AMC Javelin, and the Ford Mustang Boss 302 won first place in the championship, leaving behind the Plymouth ‘Cuda AAR, Pontiac Firebird and Chaparral Camaro. But the Mustang dominated for only one year: from 1971-1972. George Vollmer and Mark Donohue secured the AMC Javelin victory.

While the Boss 302 was designed to win Trans Am races, its larger-block counterpart, the Boss 429, was designed for NASCAR championship fast tracks. Designed and built by Kar Kraft of Brighton, Michigan, it was one of the rarest and most powerful muscle cars of the 60s. Ford had hired Kar Kraft to fit the huge 7-liter V-8 429 engine under the hood of the Mustang, which was no easy task: it required modified front suspension, widened front fenders and a large scoop-like air intake on the hood. The engine took up the whole under-hood space, so we had to give up air conditioning and move the battery to the trunk. Standard equipment included Toploader four-speed manual transmission with Hurst lever, 3.91:1 rear axle, racing suspension with anti-roll bars, front disc brakes, 15-inch chrome Magnum 500 wheels, Goodyear Polyglas F60x15 tires and front spoiler (rear spoiler and window louvers were optional). The only external difference from the regular Mustang was the “Boss 429” lettering on the front fenders.

The Boss 429 engine was a serious competitor to Mopar’s famous V8 426 Hemi. It had hemispherical combustion chambers, aluminum heads, cast magnesium valve covers, forged steel crankshaft and Holley 735cfm four-chamber carburetor. Its official power output (understated) was 375 hp, but modern estimates put it at over 500 hp. The company had no intention of fielding the Mustang in NASCAR races: it only needed to sell 500 cars and sanction the powertrain. This clever decision earned the Ford team a victory in NASCAR in 1969, but an aerodynamic Torino Talladega fastback with a Boss 429 engine was raced instead of the Mustang. As for the production Mustang Boss 429, its production was extended for another year. The 1970 model was differed by a black air intake on the hood and extended paint options. The company built 859 units of Boss 429 in 1969 and 499 units in 1970, after which it abandoned this unprofitable enterprise.

The Ford Mustang Mach 1 was not as powerful and fast as the Boss 302 and Boss 429 racing modifications, but it attracted just as much attention on city streets. It was a great muscle car at an affordable price, equipped with everything you needed for comfort. It was on par with the Mustang GT version, which it surpassed in sales in 1969. (7,2458 units vs. 5,396 units) and completely replaced it in 1970. The Mach 1 was only offered with Sportsroof bodywork with side racing stripes and a black matte hood with hitches. The air intake on the hood was attached directly to the engine and vibrated with it (“shaker”). A rear spoiler and black louvers on the rear window were available as options. Inside, the car featured a luxurious interior with teak wood paneling, sporty bucket seats, three-spoke steering wheel and noise insulation. 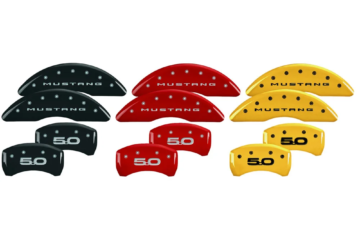 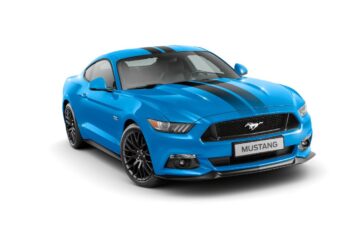 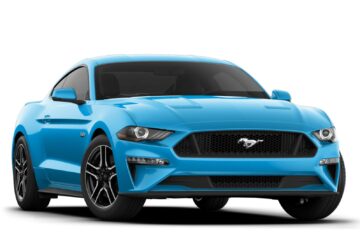